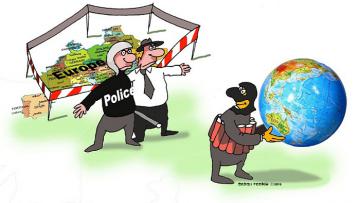 In recent years, Europe has been the target of terrorist actions that have caused great damage and insecurity in the population. The debate about terrorist activity usually focuses on the activity of the attackers and their context. The experiences and the influence of the attacks in the biographies of the victims often remain on the side of public attention.
Based on this fact and taking into account that Spain is one of the countries that has suffered the most terrorist activity in recent decades, from the Centre for European Studies of the University of Murcia we intend to launch a project that aims to study the biographical experiences of the victims of terrorism and to make the results known mainly in a multimedia exhibition and in a book.
For this project we look for partners who are interested in hosting the exhibition that we elaborate and organize related events.
Due to the multimedia material (audio, videos) that we collect, the exhibition will be prepared in a Spanish version, so we are looking especially for cooperation with institutions that encourage the use of Spanish. However, it is planned to translate the exhibition and documents into other languages like English, according to the needs.

The project aims at:
Discussing European experience with terrorism.
Analyzing biographic experience of victims of terrorist attacks – as example we will examine the experiences of victims from the Region of Murcia.
Presenting the results in an exhibition, a book and discussion-arrangements.
Encouraging cross-cultural dialogue on terrorism.